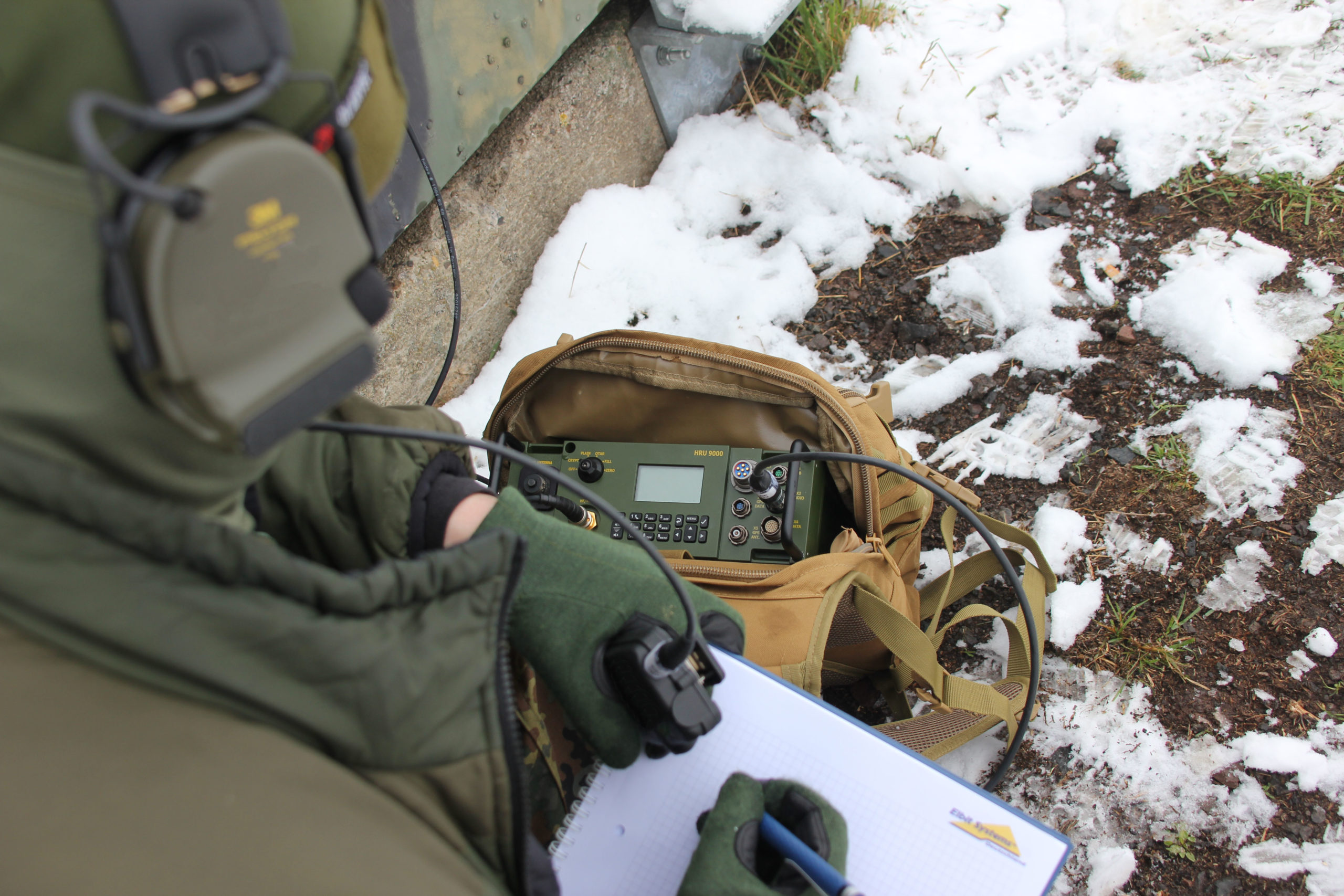 D-LBO: Communication, reconnaissance, networking and effect from a single source

Digitization is the new buzzword. Nothing works without it anymore. Yet the digitization of the armed forces is not only associated with advantages, but also with many challenges. Suppression of enemy communications (jamming) or GPS signals are ubiquitous. This makes it all the more important that communications are readily available, interoperable, hardened and thus protected.

Digitizing land-based operations (D-LBO) for land forces is therefore one of the most important steps into the future. In order to meet the set timelines and minimize risks, the Army intends to rely primarily on systems that are available on the market and have already been tested. At the same time, a comprehensive tactical situation picture is to be created, right down to the individual shooter. This places very high demands on digitization.

The Bundeswehr regularly provides forces for NATO or the EU, for example for the NATO Response Force (NRF) or European Union Battle Group (EUBG). During initial operations, these forces deploy to the theater of operations within a few days. They can almost never rely on their own existing forces on the ground, at most on a neighboring and friendly host country. In the event of an operation, the deployment takes place quickly and at short notice. For this reason, the equipment must be small, light, flexible, modular and, if necessary, air-transportable. Added to this is the self-sufficient deployment on site.

Germany ended the EUBG 2020/21 readiness phase only a few weeks ago. One possible scenario could have been security in Libya after a peace treaty. The German and Dutch paratroopers would have had to protect critical infrastructure in the country and the approaches to the capital, and act as a buffer between the parties to the conflict. Since none of these missions are now purely national, communication and interoperability are very important. It is precisely for such missions that Elbit Systems Germany offers end-to-end solutions, from rapidly available autonomous radio and satellite communications for the digital battlefield to the individual marksman’s radio and electro-optical sensors.

For example, German and Dutch paratroopers use E-LynX PNR 1000 soldier radios for “first mile” communications. The PNR 1000s are part of the soldier systems in Germany, Switzerland, Sweden, the Netherlands and the UK. For example, they will form the basis of tactical communications down to company level on the German and Dutch sides at VJTF 2023, including vehicle equipment for the PUMA infantry fighting vehicle. The E-LynX software-defined radio product family supports networked operations in classic scenarios as well as in hybrid operational situations. It offers multi-band capability (30 MHz – 2.0 GHz) and wideband waveforms and supports full-duplex voice communications as well as data services. Effective MANET (mobile ad hoc network) capabilities enable rapid establishment of “sensor-to-shooter” chains of effect and real-time, accurate positioning of friendly forces based on the integrated Blue Force Tracking capability. The radios shipped will feature advanced waveforms and data stream enhancement technology (concurrent flooding technology) that can significantly increase range via multi-hop techniques and improve network agility and robustness with greatly reduced latency. Thanks to this digital “sensor-to-shooter” approach, infantrymen can quickly and autonomously deploy their effects in space. This preserves the ability to act.

For long-range communications to distant command posts, the HRM 9000 HF vehicle and command post radio can be used. It enables safe and reliable transmission even over long distances. Its extremely compact design and very low power consumption make it particularly easy to install in vehicles. HRM 9000 was developed specifically with the requirements of special forces in mind.

The E-LynX module for satellite communication (SatCom) provides emergency forces with even more self-sufficient means of communication. Thanks to the use of the Ka/Ku/X/C/S and L frequency bands, users have a high degree of flexibility at their disposal. The Ku, Ka and X frequency bands can also be used for broadband communications. In this way, both the detached special forces, the paratrooper company, the division or brigade command post and ships or aircraft can be integrated into a long-range communications system. This then ensures worldwide connectivity, for example to NATO/EU or the Bundeswehr’s Operations Command.

E-LynX and HRM 9000 are flexibly and intelligently connected in a communication system. Electro-optical systems from Elbit Systems Germany can also be connected to this network. In this way, a true “sensor-to-shooter” chain of effect is created, in line with the German Army’s domains of “command – reconnaissance – effect and support”.

In concrete terms, this means the infantryman or special forces use the XACT nv33 night vision goggles, the PNR 1000 soldier radio, the RAPTOR data display, the “Smartview” smartwatch, the “HattoriX” passive target acquisition system and the HF and SatCom communications solutions. The individual system components are networked together by the TorchX battle management system (BMS). The BMS TorchX has already been delivered to WTD 81 for testing purposes.

The infantryman receives further tactical information, such as a map display, via the smartwatch, RAPTOR or the XACT SE head-up data display (HUD). The XACT SE monocular can be used as a stand-alone device or retrofit kit for all common night vision goggles with 16- or 18-mm image tubes. The soldier receives e.g. waypoints, the compass or the position of friendly forces directly mirrored in his field of view.

The communication systems of Elbit Systems Germany are already delivered to Austria, Ireland, Spain, Switzerland, the Netherlands and Sweden, the BMS TorchX to Ireland and the Netherlands. With its systems, Elbit Systems Germany makes a strong contribution to the end-to-end digitalization of the German Army, and enables the connection of multinational partners to the framework nation of Germany, as well as the Army, Navy and Air Force.