Unmanned vehicles have become an important component in dealing with modern security challenges and will continue to gain in strategic, tactical and operational importance in the future. “Seagull™” is the maritime Unmanned Surface Vehicle ( USV ) from Elbit Systems Deutschland.

With a length of 12 m “Seagull™” is highly mobile, air-transportable and can also be set down from a mother ship. Afterwards, the system reaches the site of operation fully autonomously and behaves like a conventional watercraft. With its 2 diesel engines, the UPS can monitor and reconnaissance fully autonomously for more than four days. Seagull communicates up to 20 nautical miles via data link, over longer distances via Satcom.

The uninterrupted communication allows the operator to detect dangers in real time and act accordingly. Seagull™ transmits data in real time, deploys reconnaissance sensors automatically and then retrieves them fully automatically. In addition, the use of reconnaissance sensors such as Dipping Sonar, EO/IR sensors, Side Scan/Forward Looking and Diver Detection Sonar is possible.

Various weapons such as a remote weapon station, torpedo launch system, diver combat or non-lethal weapons are also options for the USV.

Seagull™ is the USV system solution for asymmetric threats and an inconspicuous but powerful element of modern maritime combat control. The ease of operation and maintenance, cost efficiency, as well as interoperability offer authorities and armed forces worldwide a suitable possibility to shape the way into the future of unmanned maritime navigation already today. 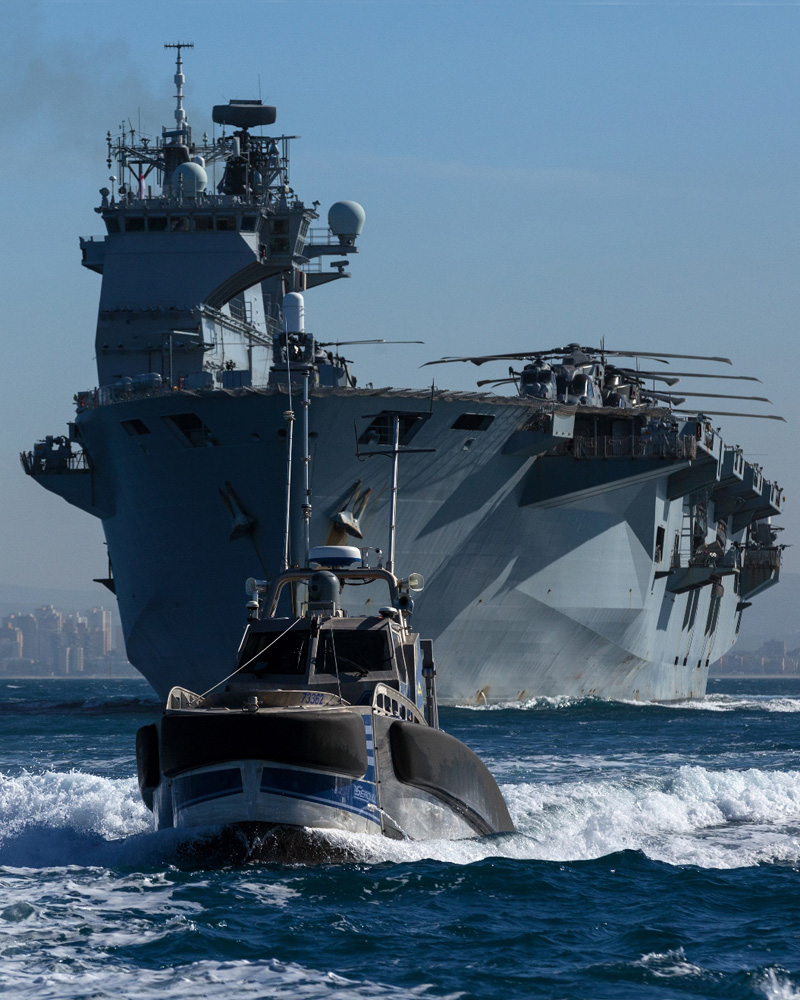