The SMK 1000 selective multicoupler for short-wave communication in marine applications is a unique approach to simplify HF antenna system design while reducing the number of antennas. The system significantly improves HF efficiency due to its low-loss coupling and is fully STANAG compliant.

The HF system “SMK 1000” masters the challenge of operating several transmission lines simultaneously via one antenna. With conventional systems, each radio link requires its own individually tuned antenna.

Apart from an enormous space requirement of several HF antennas, coupling of the antennas leads to undesired signal degradation.

The most promising approach to overcome such limitations is the use of a broadband antenna with several simultaneously fed transmission lines. This requires the power of several transmitters to be applied to the feeding point of the antenna.

Depending on the configuration, the SMK 1000 supports up to 5 (< 5 at 500W) adaptive RF transmit lines, each with a power of 1 kW at a broadband antenna with minimal losses. 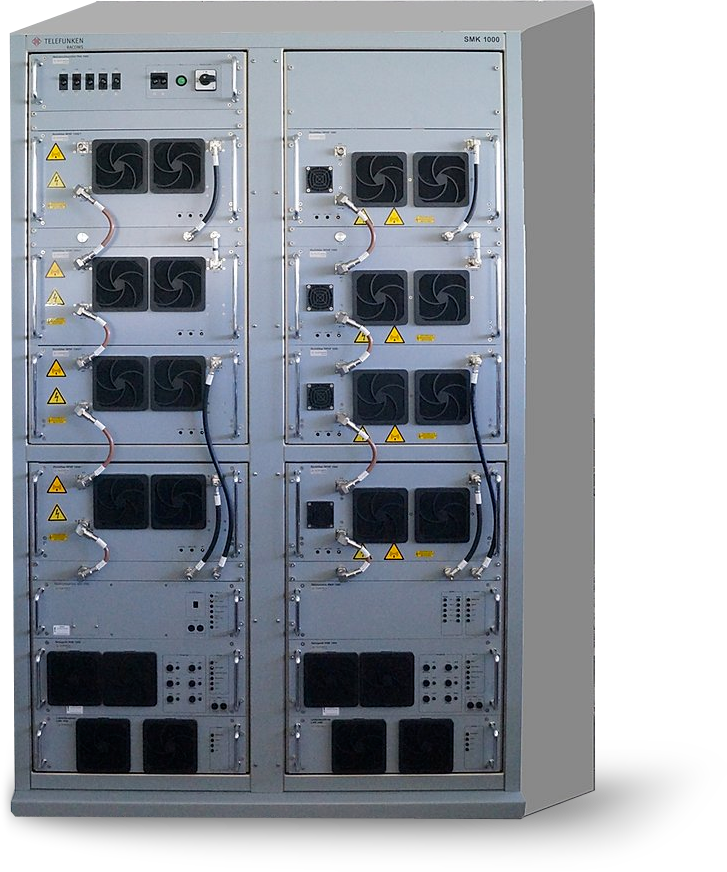