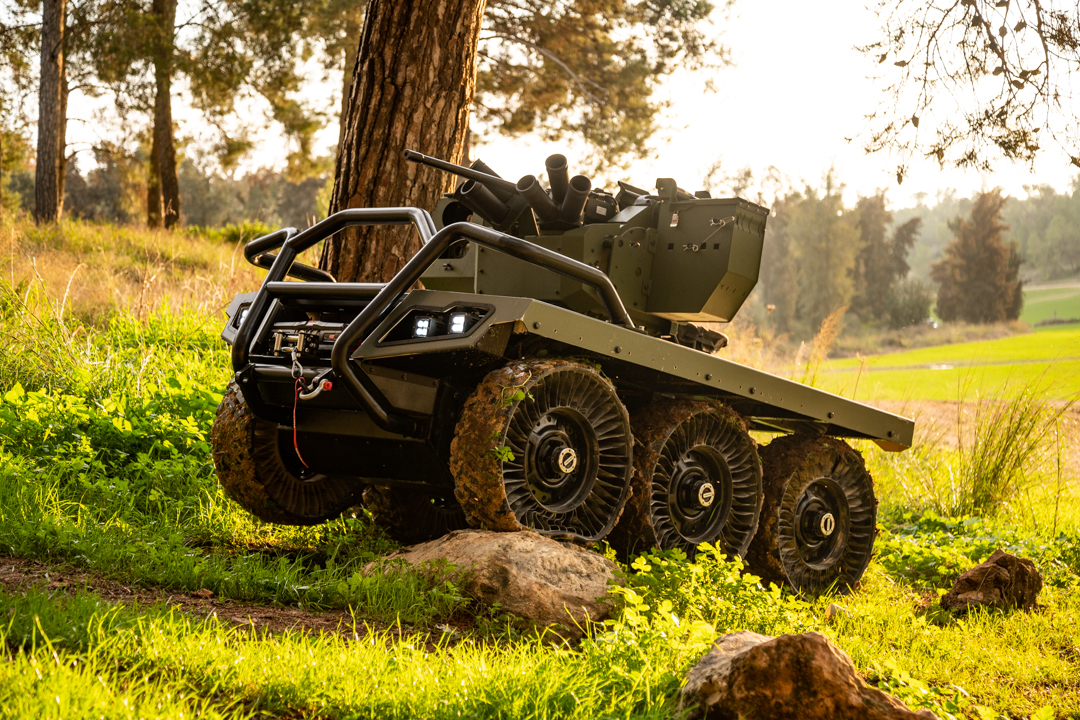 The Israeli company Elbit has presented a new unmanned 6 × 6 ground vehicle (Unmanned Ground Vehicle = UGV) with Rook, which is intended for military use.

According to Elbit Systems, the UGV was developed together with Roboteam from Israel and is designed as a multi-payload platform. According to the company, it is based on experience with the 4 × 4 UGV system PROBOT.

According to Elbit Systems, Rook is able to deliver supplies, evacuate the wounded, carry out reconnaissance missions using a sensor station or be used as a remotely controlled agent after a weapon station has been installed. The system can be operated by remote control, but should also be able to drive autonomously along routes. In addition, the UGV is able to follow a person independently using the “follow-on” function, according to the company. Furthermore, it is also possible to form a convoy from several UGVs, which can reach waypoints independently.

Rook has a dead weight of 1200 kg, a payload of 1200 kg, a ground clearance of 24 cm and is powered by a hybrid system of batteries and an optional internal generator. The company specifies the operating time as eight hours and the maximum speed as 30 km / h.