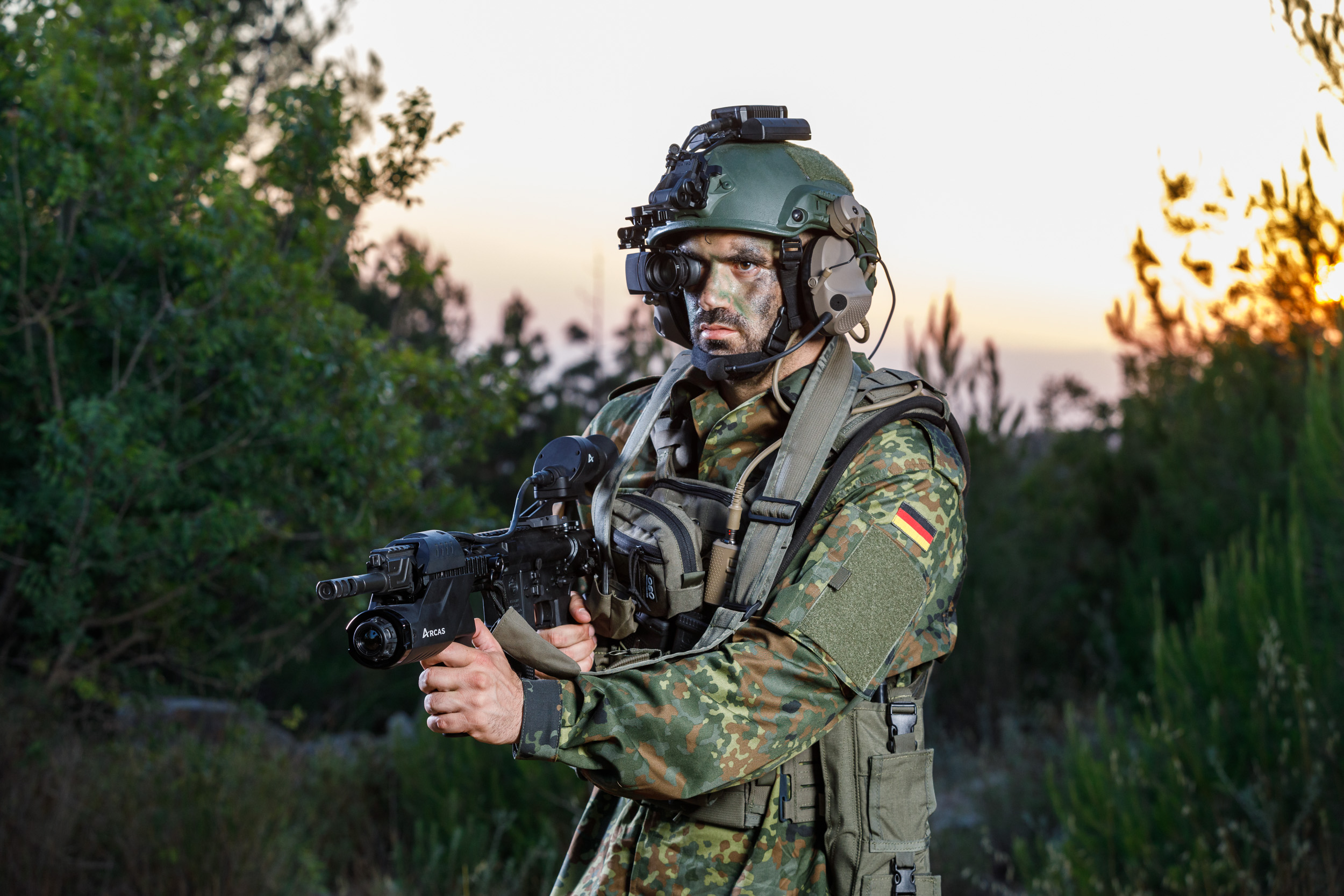 Elbit System has announced that it intends to present a new type of fire control sight with ARCAS at the DSEi armaments fair in London next week. ARCAS stands for Assault Rifle Combat Application System. Behind this is a computer-controlled system with AI support, combined with an electro-optical visor. The system is able to display battlefield information that can be intuitively used in real time in the rifle optics or in an eyepiece mounted on the helmet.

ARCAS is supposed to transform assault rifles into digital and networked weapon systems and thus improve the lethality, effectiveness and survivability of soldiers in all visibility conditions.

ARCAS offers infantrymen and special forces previously unseen capabilities. For example: passive range measurement, automatic ballistic correction, detection of sources of fire, video motion detection, the ability to shoot precisely around corners and from the hip. In addition an interface to tactical command information systems (C2), navigation support, friend-foe detection, detection of weapon malfunctions and ammunition levels as well as adjustment of the weapon without the need for a live shot.

ARCAS is a handle that weighs around 1000 g and is attached to the handguard of the assault rifle, in which an AI-controlled computer, a control element and an electronic optics are integrated. The miniaturized computer unit receives and processes data from the optics, tactical information from command information systems, data from other ARCAS users in the vicinity and the mechanical information from the rifle. This data is processed and, according to the manufacturer, fed into the field of vision of the rifle optics (second assembly) or the helmet eyepiece for the soldier. It is operated using the thumb button on the supporting hand. The soldiers operate the system with a joystick button on the front handle of the rifle and a graphical user interface.

ARCAS is based on an open architecture concept and can be used in two configurations. It can incorporate thermal aiming device or low light camera optics as part of the system and is capable of interfacing with any existing EO vision device.